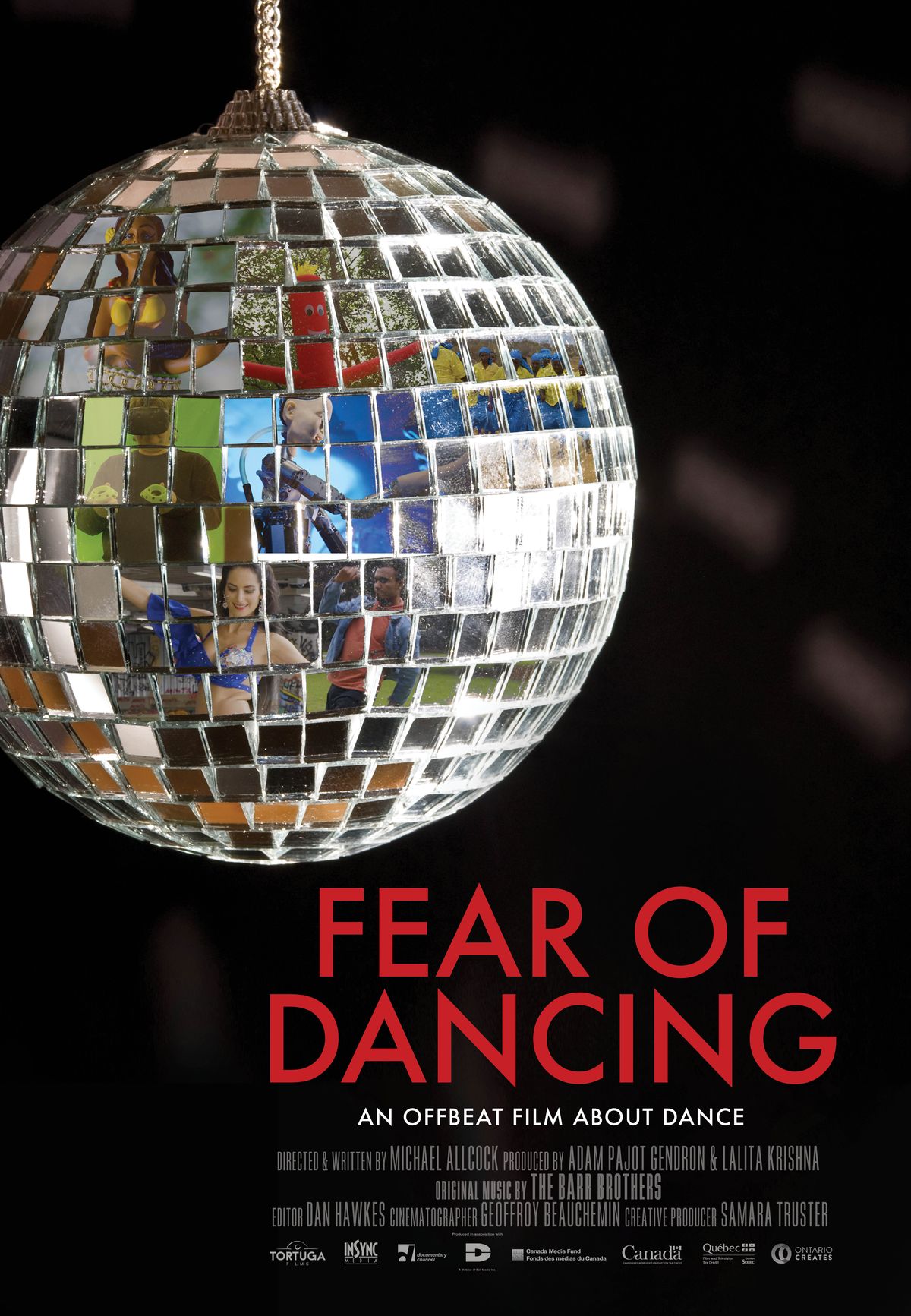 Back in 2019, we got an unexpected message. Someone was making a documentary about Fear of Dancing, and they wanted to try our Virtual Reality Salsa Dance app. Not only that, but Michael, the Director wanted us to come to Canada to set it up. Super exciting!

That was the first time we heard the word Chorophobia: Fear of Dance. Bekah and I had experienced this in the past, but it was so long ago it almost seemed like a dream. But to some, it is a nightmare.

We set up Michael in our Virtual Reality environment and he went through several of the lessons. Apparently learning to dance with a virtual partner was less intimidating than doing it with a live person. This is something we all have experienced art some point in time. Even for seasoned dancers, partnering with someone of considerably higher skill can make you anxious.

Do you see the green part of the disco ball in the Fear of Dancing – An Offbeat Film About Dance poster above? That’s our green screen setup! You’ll get to see footage of him in our VR app!

Be sure to catch this film, debuting in Canada’s Documentary Channel on September 20. Or you can catch it on Gem some weeks afterwards for free. We’ll keep you informed!

As a side note, while we were waiting at the airport not 30 minutes before our flight check-in, I (Jorge) realized I needed a Canadian visa because I’m not a U.S. citizen! Luckily the process was online and I finished it at around 4:30am. The confirmation email came 15 minutes later. Phew!