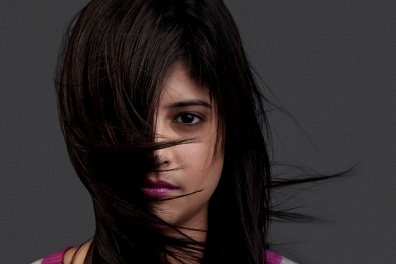 Hello dancers! Welcome to our first blog post! While we work hard on making magic to improve your dance with virtual reality (we can enhance it… we have the technology), I wanted to use this blog space to start lighthearted conversations about a variety of dance topics. In this post: Dance quirks!

A “quirk” is a peculiarity we do. These behavioral habits appear on a regular pattern, usually physically and unconsciously. In partner dances, this can be pretty obvious since you’re in close proximity with another person.

It’s challenging to be creative on the spot. Have you ever taken an improv class? It’s hard. As a lead you have to think about what move you’re going to do, remember it, make sure your hands and connection are correct, and then synchronize it with the timing and music. A common quirk is to look at the ceiling, away from all the chaos, lights and writhing masses of people moving rhythmically that is preventing you from concentrating.

You know how else looks at the ceiling?

So you’re dancing. Presumably to music. I’m going to go out on a limb here and say that you’re dancing to a song you like. Crazy, right? If, like me, you suck at singing, what do you do? Well, you probably still sing to the song, ruining it for everyone. That’s why you don’t get invited to Karaoke night. So what’s the answer to this dilemma? Whistling.

I used to think whistling to a song while dancing to it was common. Apparently it’s not and I’m a weirdo. It’s not like I’m trying to recall a song… I’m hearing it at that very moment! What makes it worse is that the only I can listen to my whistling over the speakers. If there are people around it gets worse because they just see my lips and no sound coming out of them:

That’s right. You look like you’re wolf-whistling and harassing someone. Or maybe you have a pouty face. Or you want to be kissed. If the last option made people want to kiss you, then you wouldn’t care as much. But it seems to have the opposite effect. Hmm…

For the longest time I couldn’t figure out who “Cousin Itt” was in The Addams  Family. Turns out that in Spanish, how I originally watched it, “Cousin Itt” got translated to “Uncle Thing” (Tio Cosa). Not like you could tell his age from all that long hair everywhere.

Now, I’m not here to hate on women’s hair. In fact, quite the opposite. It must take effort to have silky smooth hair. And it looks fantastic on the dance floor, especially while spinning.

The problem is when you have so much hair that you start to resemble Uncle Itt. For those of you who still don’t know who I’m talking about, Uncle Itt is what happens when Chewbacca marries a hair-dresser.

Your hair will get on the way. Fine. You’re dancing, so you know what looks really look? Flick your head and get it out of your face. It’s stylish, dynamic, and you can even time it to the music. What is not cool is to spend the whole song brushing your hair to the side. You might not have noticed that you have that quirk. But if your hair gets in front of your face so much that it is making you blind, you might want to get rid of that quirk by investing on a hair band or bobby pins. I think you can get seven million of them for a quarter. It’s the fiscally responsible thing to do.

I have a confession to make. As a dancer, I like to jump around. Even when I don’t need to! I think I’m one of the few people who plays “The pavement is lava” when crossing the road. During summer in Texas, that’s not far from truth. So I jump on the stripes to make it across the pedestrian crossing. Why? Because the pavement is lava.

When someone spills beer or some other liquid on the dance floor, you obviously want to avoid it. But you might have “the-beer-is-lava” quirk which makes you think that — you guessed it — the spilled liquid on the dance floor is lava. I don’t know what it is about lava that automatically makes people want to start prancing instead of jumping. Maybe it’s the scorching heat eating through your expensive shoes.

Someone with this quirk can not think clearly and will continue prancing and skillfully avoiding the spill, while still dancing. Don’t be a beer prancer. Warn other people, get off the floor, and tell a staff member so that it can get cleaned.

Quirks come in all forms and shapes. If you have a quirk that is unique to you, congratulations! I think it’s usually better to have a quirk than to not have one. The first four quirks I mentioned have a detrimental effect to your dancing. If your quirk doesn’t affect your dancing then that’s awesome.

Quirks are part of what makes you special. Whether it’s an involuntary eye twitch that confuses people, an accent from another country, asking the weirdest questions, or mentioning that the town you’re from is recognized as the number one per-capita consumer of Dr. Pepper in the country, you’re giving people something interesting to remember you by. And that’s much better than blending in with the rest of the dance crowd.

So tell us… what are your dance quirks?